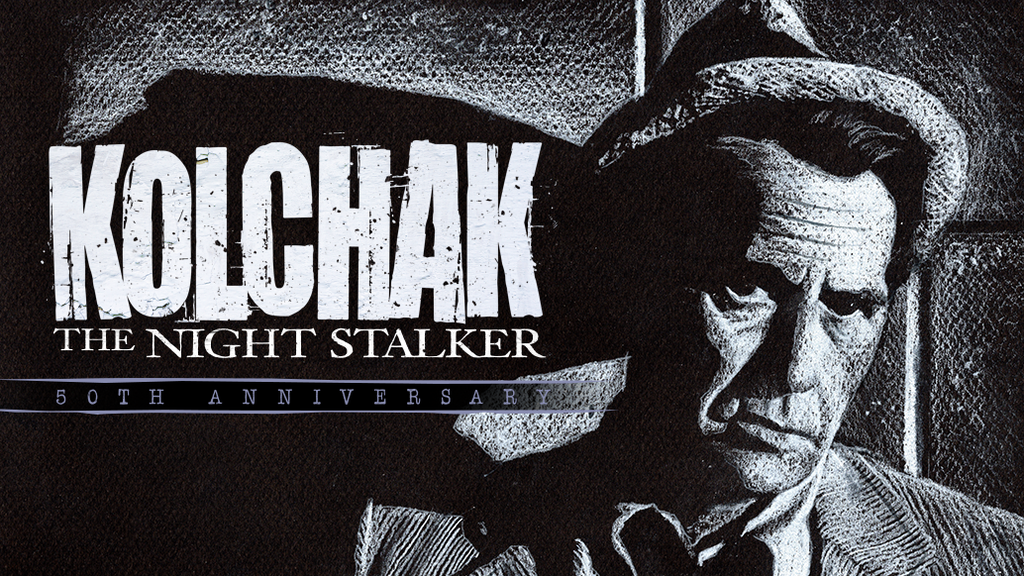 Latest Updates from Our Project:

You all should have gotten a message that your digital books are available. Sign in to your BackerKit account and they should all be there.

All the T-shirts have been shipped out. If you haven't received yours, you should be getting them in about a week or two. If you want a tracking number, message me.

I'll be shipping out rewards in segments:

I'll update you all about when I'm shipping out each book.

I just got a proof and they look fantastic.

Just as I was writing this update the first 50 copies of the 48-page Kolchak 50 one-shot arrived — a week early! They came out better than I expected. The rest of the shipment should be here in about 5 weeks. If you ordered only the one-shot, they'll start going out when I receive them. If you also got the paperback and/or the hardcover, you'll have to wait until those are in. They should be sent to the printer next week.

Oh, and remember when we said the main anthology would be 100 pages, and then we said it would be 120 pages? Well, we were off by a bit. The softcover anthology will be 188 pages! And the hardcovers come in at a whopping 248 pages.

I wasn't sure this was going to happen but it did and it's great. James Rice, the son of the late Kolchak creator Jeff Rice, has written an 1100-word introduction. It's really a fantastic piece that talks about his father and Kolchak,  and I can't wait until you all get to read it. That's in addition to the introduction by Richard Christian Matheson, the son of Richard Matheson, who wrote The Night Stalker and The Night Strangler — which is also an amazing essay.

In the next 48 hours I will lock your orders on BackerKit, which means you won't be able to change it, except for your address. So get your add-ons in now.

The first rewards will start shipping in October as planned. The paperbacks and hardcovers probably won't be in until after October, though, unless we get lucky again with the shipping and they arrive early. I'll keep you posted.


POSTERS ARE HERE — AND THEY LOOK AMAZING!

I've received all the 11X17 posters and wow! Mine is already framed and on the wall.

I also got the prints and they're beautiful.

We're still working on the paperbacks and hardcovers, but hope to be done next week, when we'll send the files to the printer.  All digital books will be ready by October and will be delivered then. Here's a look at the back cover.

Finally, I was able to get the surveys approved by BackerKit. The process was much more complicated than I expected. But after an hour-and-a-half call with BackerKit customer support, we got it done. Surveys have gone out to 5% of the backers, and after that, they'll go out to the rest of you.

With the survey, you'll be able to pick up T-shirts and prints and extra books.

The one-shot comic is being put together now and I hope to send it to the printer soon. We're still waiting on a few more pages of art for the softcover and hardcover.

We've decided on all the prose stories. The last responses will go in the next few days. I'll announce the lineup later this month.

Here's the comic story list for the softcover and hardcover...

All lettering done by Tom Napolitano.

We are so close to finishing the book. I'm waiting on only a few more pages.

I've also created half of the surveys. When I'm done we'll get your addresses and sizes and all that info.

More good news... When we said there would be about 120 pages of comic book stories, we were way off. There are well over 150 pages.

As far as submissions for the prose anthologies, the rest of the responses should go out in the next few days.

Third page (unlettered and uncolored) of James Chambers' story "The Last Byline," set in the '00s. Art by Paul McCaffrey. You may recognize the nod to the show's opening.

By the way, my current campaign, SHAKESPEARE UNLEASHED, is ending next week.

We have nearly 600 backers and are already the fourth highest-funded (prose) horror anthology in Kickstarter history.

We are offering a prose anthology as well as a stand-alone comic book. Both books have covers by Kolchak artist J.K. Woodward. The comic book has a story by Kolchak contributor David Avallone, and I wrote a couple, too.

Below is a 3-page story I based on Shakespeare's infamous stage direction "Exit, Pursued by a Bear." Kolchak colorist Zac Atkinson did the art and Tom Napolitano handled the lettering.

My Shakespeare Unleashed campaign has launched and is already funded. And I wanted you all to know Early-Bird Discounts end tonight, so jump on that.  I extended them deals until midnight PST.

If you didn't know — the project includes a black-and-white manga-sized Shakespeare Unleashed comic book with stories by writer David Avallone and artist Helena Masellis as well as writer James Aquilone with artists J.K. Woodward and Zac Atkinson. All with lettering by Tom Napolitano.

Below is the cover and some pages.